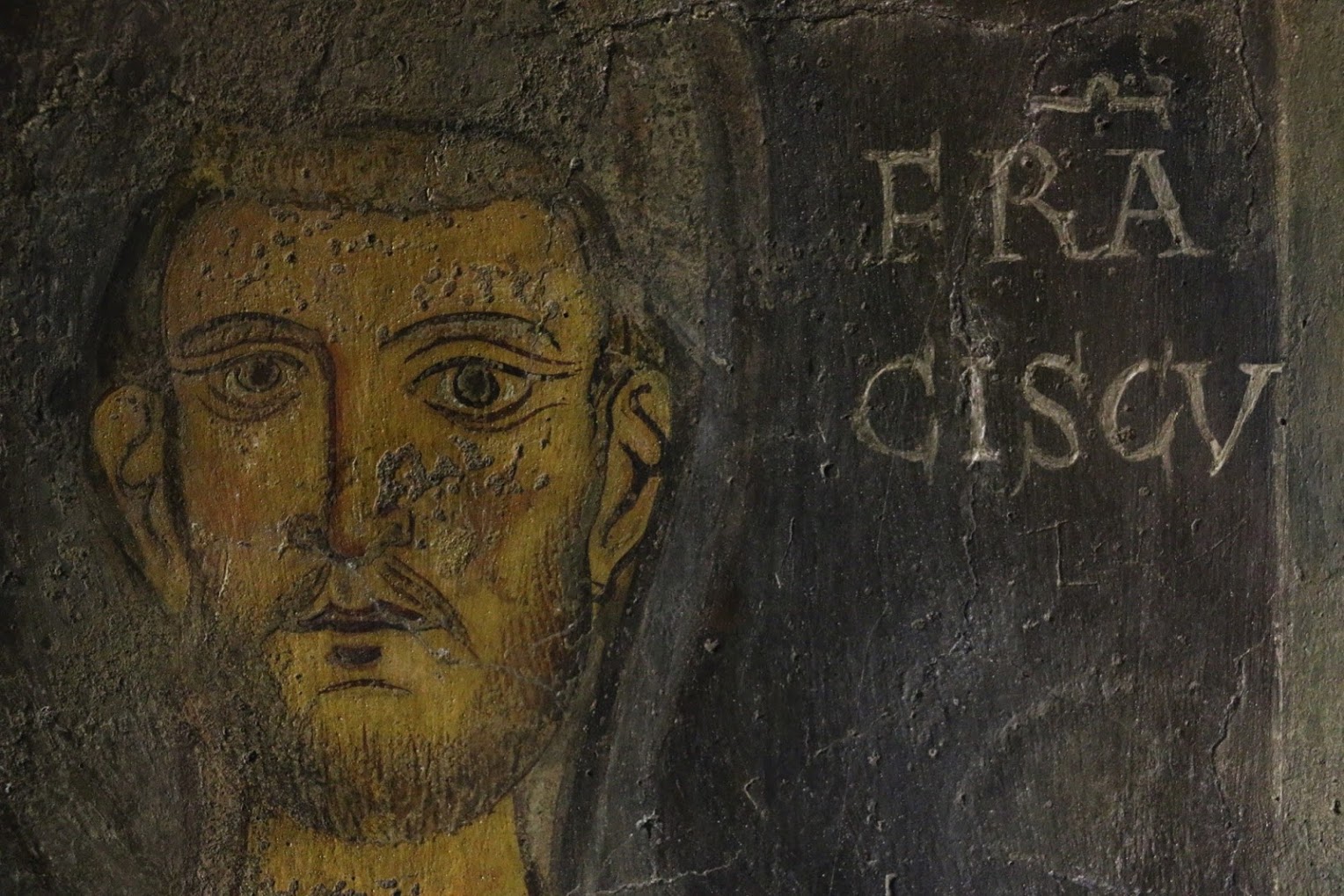 The Testament of Saint Francis Assisi (1226)

1In this way did the Lord give me, Brother Francis, the grace to begin doing penance: when I was in sin, it seemed too bitter for me to see lepers. 2And the Lord Himself led me among them and I showed mercy to them. 3And when I left them, what had seemed bitter to me was changed into sweetness of soul and body. And afterwards I delayed a little and left the world.

4And the Lord gave me such faith in churches that I would pray with simplicity in this way and say: 5“We adore You, Lord Jesus Christ, in all Your churches throughout the whole world and we bless You, because by Your holy cross You have redeemed the world.”

6Afterwards the Lord gave me, and gives me still, such faith in priests who live according to the rite of the holy Roman Church because of their orders that, were they to persecute me, I would still want to have recourse to them. 7And if I had as much wisdom as Solomon and found priests of this world impoverished, I would not preach in their parishes against their will. 8And I desire to respect, love and honour them and all others as my lords. 9And I do not want to consider any sin in them because I discern the Son of God in them and they are my lords.

10And I act in this way because, in this world, I see nothing materially of the most high Son of God except His most holy Body and Blood which they receive and they alone administer to others. 11I want to have these most holy mysteries honoured and venerated above all things and I want to reserve them in precious places. 12Wherever I find our Lord’s most holy name and written words in unbecoming places, I want to gather them up. And I beg that they be gathered up and placed in a becoming place. 13And we must honour all theologians and those who minister the most holy divine words, and respect them as those who minister to us spirit and life.

14And after the Lord gave me some brothers, no one showed me what I had to do, but the Most High Himself revealed to me that I should live according to the pattern of the Holy Gospel. 15And I had this written down simply and in a few words and the Lord Pope confirmed it for me. 16And those who came to receive life gave whatever they had to the poor and were content with one tunic, patched inside and out, with a cord and short trousers. 17We desired nothing more. 18We cleric brothers said the Office as other clerics did; the lay brothers said the Our Fathers. And we quite willingly remained in churches. 19And we were simple and subject to all.

20And I worked with my hands, and I still desire to work; and I earnestly desire all brothers to give themselves to honest work. 21Let those who do not know how to work learn, not from desire to receive wages, but for example and to avoid idleness. 22And when we are not paid for our work, let us have recourse to the table of the Lord, begging alms from door to door. 23The Lord revealed a greeting to me that we would say: “May the Lord give you peace.”

24Let the brothers be careful not to receive in any way churches or dwellings or anything else built for them unless they are according to the holy poverty we have promised in the Rule. As pilgrims and strangers, let them always be guests there.

25I strictly command all the brothers through obedience, wherever they may be, not to dare to ask any letter from the Roman Curia, either personally or through an intermediary, whether for a church or another place or under the pretext of preaching or the persecution of their bodies. 26But, wherever they are not received, let them flee into another country to do penance with the blessing of God.

27And I firmly wish to obey the General Minister of this fraternity and the other guardians whom it pleases him to give me. 28And I so wish to be a captive in his hands that I cannot go anywhere or do anything beyond obedience and his will, for he is my master.

29And although I may be simple and infirm, I nevertheless want to have a cleric always with me who will celebrate the Office for me as it is prescribed in the Rule.

30And let all the brothers be bound to obey their guardians and to recite the Office according to the Rule. 31And if any are found who do not recite the Office according to the Rule and want to change it in some way, or who are not Catholics, let all the brothers, wherever they may have found such a one, be bound through obedience to bring him before the custodian of that place nearest to where they found him. 32And the custodian is strictly bound by obedience to keep him securely day and night as a prisoner, so that he cannot be taken from his hands until he can personally deliver him into the hands of his minister. 33And the minister is bound by obedience to send him with such brothers who shall guard him as a prisoner until they deliver him to the Lord of Ostia, who is the Master, the Protector and the Corrector of this fraternity.

34And the brothers may not say: “This is another rule.” Because this is a remembrance, admonition, exhortation, and my testament, which I, little brother Francis, make for you, my blessed brothers, that we may observe the Rule we have promised in a more Catholic way.

35 And let the General Minister and all the other ministers and custodians be bound through obedience not to add to or take away from these words. 36And let them always have this writing with them together with the Rule. 37And in all the chapters which they hold, when they read the Rule, let them also read these words. 38And I strictly command all my cleric and lay brothers, through obedience, not to place any gloss upon the Rule or upon these words saying: “Let them be understood in this way.” 39But as the Lord has given me to speak and write the Rule and these words simply and plainly, may you understand them simply and without gloss and observe them with a holy activity until the end.

40And whoever observes these things, may he be blessed in heaven with the blessing of the Most High Father, and on earth with the blessing of His Beloved Son with the Most Holy Spirit, the Paraclete, and all the powers of heaven and with all the saints. 41And, as far as I can, I, little brother Francis, your servant, confirm for you, both within and without, this most holy blessing.