July 18, 1936 marked the beginning of a bloody persecution of priests, men and women religious and lay people in Manresa, Catalonia. Four days later, on July 22, and a few days before the killing of the three Blesseds, their friary had been occupied, devastated and burned down by Marxist anarchist militants. Forced to take refuge with family and friends, the three Blesseds, on different dates and in similar circumstances, were kidnapped, tortured and murdered without any trial. All from the Province of Catalonia, Spain, they were beatified on November 6, 2021 in Maresa, Spain. 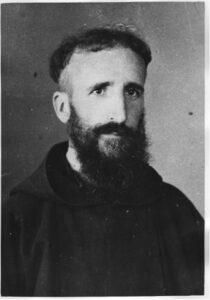 Blessed Benet (aka Josep Domènech i Bonet) was born in the village of Santa Coloma de Gramenet on September 6, 1892 to a humble and deeply Catholic peasant family. He was baptized on September 11, 1892 and made his First Communion on May 30, 1903. Discerning a call to the priesthood, he entered the minor seminary of Barcelona in 1903. After a few years there, he further ascertained a call to religious life for which he finally donned the Capuchin habit on February 18, 1909 at the novitiate of the Barcelona Province of Arenys de Mar and made his first profession on February 20, 1910. He professed solemn vows at the convent of Sarriá (Barcelona) on February 23, 1913 and was ordained a priest on May 29, 1915.

His lived his religious life between two houses of formation: Igualada and Manresa, while also engaged in preaching ministry. On August 6, 1936 he was captured by militiamen who wanted him to blaspheme, but he refused. Brought to a place near Manresa called La Culla, he was killed. 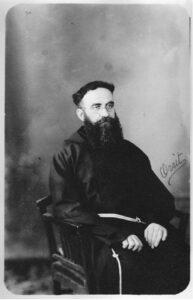 Blessed Josep Oriol from Barcelona (aka Jaume Barjau Martì) was born in Barcelona on July 25, 1891. The family was very Christian and wealthy. He was baptized on July 28, 1891 and on June 7, 1892 received his Confirmation. He made his First Communion at nine. At the urging of his brother, he entered the seminary in Barcelona, but did not pass the first year exams. He then tried to learn a trade instead. But upon feeling a strong attraction to the Capuchin life, he entered the novitiate on October 21, 1906, and continued his formation in the friary of Igualada and subsequently in Olot and Sarriá in Barcelona. He professed solemn vows on August 15, 1911 and was ordained a priest on May 29, 1915. He taught liturgy, Hebrew and ecclesiastical history in the theologate of Sarriá. In 1925, he was assigned to the friary of Manresa, where he dedicated himself to preaching, the Sacrament of Reconciliation and spiritual direction.

On July 24, 1936 while carrying communion to a Poor Clare nun, he was identified and arrested by militiamen. That same evening he was taken out of Manresa and shot dead. 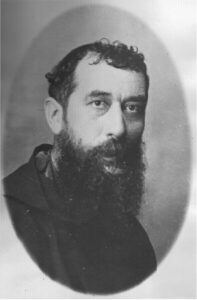 Blessed Domènec from Sant Pere de Ruidebitllets (aka Joan Romeu Canadell) was born on December 11, 1882 to a peasant family. He was baptized on December 17, 1882 and was confirmed on July 23 of the same year. He first studied in the village school, but the parish priest, recognizing the seeds of a vocation in him, set him up to enter the seminary of Barcelona. Arriving in 1897, he happily completed his philosophical-theological studies and was ordained a priest on May 25, 1907. However, Franciscan religious life attracted him and the following year, on October 3, 1908, he entered the Capuchin novitiate. He made his temporary profession on October 4, 1909 and his solemn profession on October 4, 1912. During the period of initial formation in the Capuchin life he devoted himself fruitfully to preaching and the Sacrament of Reconciliation. In 1913, he went to Costa Rica and Nicaragua as a missionary, returning to Catalonia in 1930. He was assigned first to the friary of Sarriá, then to that of Arenys de Mar and finally to Manresa. On the night of July 27, 1936, while moving from one place to another for greater security, he was arrested, beaten and tortured and finally shot dead just outside Manresa.

The strong, significant demonstrations of faith as seen in these Blesseds are also a testimony for today’s church and world of the strong and vital need for evangelization; for the Gospel to be proclaimed in even the most difficult places and most complex of situations. It is through their fidelity to the Gospel of Christ and their chosen state of consecration that these Blesseds were led to accept their roles as seeds that fell upon the ground and bore much fruit; fruitful and lasting, while being at the same time a ‘light of the world’ and ‘salt of the earth’.